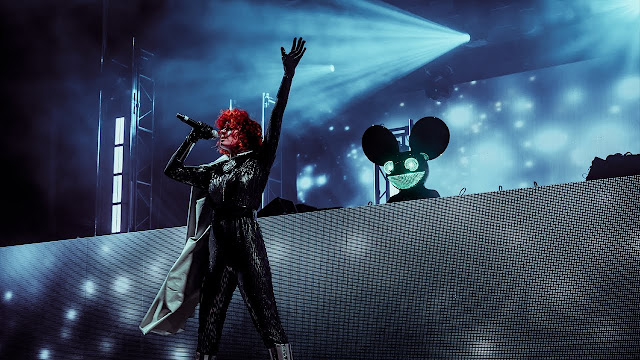 Stream / dl: https://d5.ffm.to/bbal check out the exclusive live version via

Listen to DPMR all around the world: https://mau5trap.com/radio

About deadmau5: Joel Zimmerman, more commonly known as deadmau5 (pronounced 'dead mouse'), is a multiple JUNO Award-winning and GRAMMY®-nominated artist, one of the world's most respected electronic music producers of modern times. Enjoying international chart success with his platinum-certified single "Ghosts 'n' Stuff," as well as "Professional Griefers," "Sofi Needs A Ladder" and "I Remember," he has also released seven critically acclaimed albums: an orchestral album where’s the drop?, W:/2016ALBUM/ and album title goes here (both reached #1 on the Billboard Dance/Electronic Chart), 4×4=12 (sold well over 1,000,000 copies in the U.S.), For Lack Of A Better Name, Random Album Title and while(1 2). Found on the mau5ville: level 1, 2 & 3 series, some of his recent music includes original productions, remixes and collaborations with featured guests like Rob Swire (“Monophobia”), Lights (“Drama Free”), Shotty Horroh, Scene of Action, and more.

deadmau5 kicked off 2019 with his first ever film score for the Jonas Akerlund-directed spy thriller Polar available via Netflix with its soundtrack released on mau5trap, as well as celebrated the release of here’s the drop!, an album of remixes of material from his 2018 orchestral album where’s the drop? Over the course of his extraordinarily successful U.S. 2019/2020 cubev3 tour which ranked in the Top 10 of Pollstar’s top tours globally, deadmau5 released a trilogy of singles. “FALL,” “COASTED” and “SATRN” were new material featured as part of his new live show.

About Kiesza: Kiesza stormed onto the scene in 2014 with her impassioned hit “Hideaway,” which has since accrued over a billion streams; the accompanying one-shot video has been featured on several best-of-decade lists. Her debut studio album Sound Of A Woman saw her top charts globally and moved over a million units. Top-tier musicians soon rushed to work with her, and the rising Canadian talent soon counted herself as a feature on releases from the likes of Skrillex, Diplo, Duran Duran and Joey Bada$$, to name a few. The Canadian multi-hyphenate also has a foot in the fashion world, serving as the face of campaigns for top brands like Fendi and Maison Birks. After a life-changing car crash put her on a two-year hiatus, Kiesza returned as an independent artist, releasing her sophomore album CRAVE through her own label Zebra Spirit Tribe. The new decade marks a promising new beginning for one of the last decade’s biggest breakouts—and this time, she’s doing it her way. #mau5trap