HOW I MADE "Clouds" by NF - Tommee Profitt 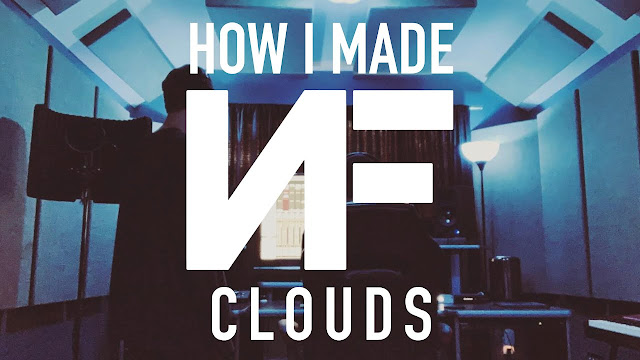 The proof is always in the pudding. An immaculate production. The first thought when any audio geek listens to "Clouds" is "This Producer is sick!" In my case I verbalized that thought out loud. "Your producer IS EVERYTHING" when it comes to flawless production in music 2 individuals are immensely important. Your producer and your editor.... Change my mind.

NF's long-time producer and collaborator, Tommee Profitt, walks through the production process on how they created their brand-new epic song, "CLOUDS" Thanks for watching!

Over the last few years alone, Tommee Profitt has achieved tremendous success as a producer, songwriter, and award-winning composer for TV and movies. A lifelong musician who taught himself to play piano as a child and started producing his own music at age 12, Profitt has earned accolades and acclaim for his genre-warping production work with platinum-selling artists like Migos, Hunter Hayes, and NF—the rapper/singer/songwriter whose Profitt-produced 2017 single “Let You Down” went five-times platinum, hit #1 on Billboard’s US Mainstream Top 40 chart, and surpassed a billion streams worldwide. In addition, his cover of Linkin Park’s “In The End” (featuring Fleurie) has accumulated over 855 million streams, landed on Spotify’s Viral 50 chart in 23 countries, emerged as the #52 most Shazamed song of 2019, and continues to impact TikTok users across the globe by driving 200 million views weekly. Additionally, Profitt’s unique cinematic releases have not only clocked over one billion global lifetime streams, 500k YouTube subscribers, and a monthly listenership of over two million users on Spotify—they have also garnered widespread success in the sync world. His unique sonic fingerprint has landed over 200 sync placements with the NFL, MLB, NHL, ESPN, CBS, FOX, ABC, NBC, HBO, WWE, and Showtime, and in major network shows, films, and video games, with some of his biggest successes including The Hunger Games: Mockingjay Pt. 2, The Girl in the Spider’s Web, The Good Doctor, The Handmaid’s Tale, Assassin’s Creed, UFC2, Madden, and many more. Profitt is currently in the studio working on new original material, with more details to be revealed soon. In the meantime, keep up with Profitt on his socials linked below.