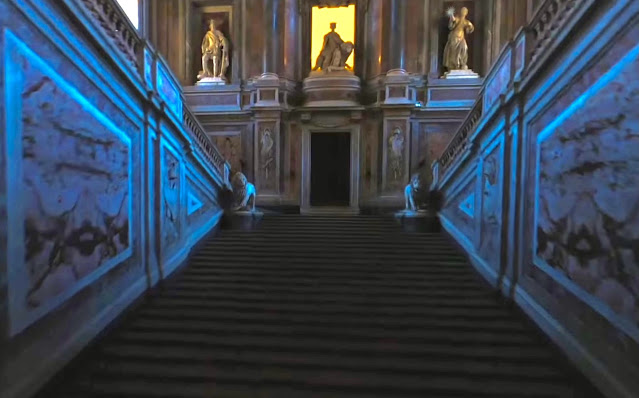 In what can only be described as the comeback of all comebacks. BellaBassFly is more than elated to kick off the month of June with a Techno Live set from Joseph Capriati. As if Covid was not enough to slow the creative sound of Joseph we can only have gratitude this juggernaut survived injuries sustained earlier this year to come back stronger than ever! Courtesy of Mixmag Magazine in collaboration with Beatport... BellaBassFly spotlights "JOSEPH CAPRIATI live from Reggia di Caserta, Italy" Let the summer begin!!!
BellaBassFly
Italian techno phenomenon Joseph Capriati lays down an epic techno set at the Royal Palace of Caserta, a World Heritage Site in his home town. Production: Parallel Management, Factory and Wase. Media Partners: Mixmag, Beatport, Time Warp, Billboard Italia, DJ Mag Italia, Radio m2o Technical partner: Pioneer DJ A unique event, a show that has never been seen before. Joseph Capriati comes back on the decks after more than a year, and he does it from the Royal Palace of Caserta, a World Heritage Site, a place of culture of the MiC and a symbol of his city. 2020 has seen the world of clubs and festivals abruptly stopped because of COVID-19, so we had the chance to watch many live shows streaming on the web and social media. There were some missing acts, though. Some big ones. And in particular, an Italian dj who can boast to be in the very exclusive club of the best, of the world’s top players: Joseph Capriati. Born and raised in Caserta, Joseph is a worldwide phenomenon adored by a massive fanbase; but he didn’t want to perform for over one year. Not live; and not online, staying far from the spotlight and stopping playing in public for more than fourteen months. So the great comeback comes in a very special time: a dj set streamed live, on Saturday, May 29th, 2021 - hour 19:30 CET, on Facebook official Joseph Capriati page and in partnership with some of the most important players in the game: Beatport, Mixmag and Time Warp as main international partners; Billboard Italia, Dj Mag Italia e Radio m2o as Italian media partners; Pioneer DJ is the official technical partner will provide top-of-the-range DJ equipment. Parallel Management, Factory and Wase are the production partners and stage design. The show is set in a unique scenario, an artistic and architectural heritage of world prestige, and the symbol of Joseph’s hometown: the Reggia di Caserta. A magical scenography, the perfect landscape for the big and long-awaited return of one of the most important and beloved dj by popular acclamation. The Royal Palace of Caserta opens its doors to music as a living place in the present with an eye to the future: a techno DJ and a royal residence. Apparently two opposite poles. In reality, an expression of a red thread that links art in its most classic and traditional form to the contemporary, futuristic one of electronic music. Thus Joseph Capriati and the Royal Palace of Caserta are not only united by geography, but also by the mission which has as its ultimate goal the culture, beauty and experimentation of the languages of art. The Royal Palace of Caserta will be the protagonist, together with Joseph, of this incredible event.
Posted by Bella Bass Fly at 3:55 AM