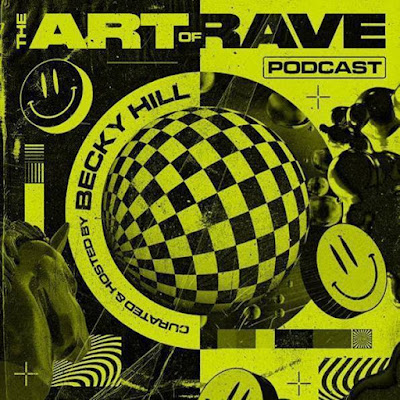 Monday 29th June, London: Hot on the heels of releasing new single ‘Heaven On My Mind’, hitmaking singer-songwriter, Becky Hill today announces the launch of her podcast The Art of Rave. Available fortnightly from Monday 6th July, the brand-new series hosted by Becky herself will see her discuss rave culture with some of its legendary pioneers.

While Becky Hill has an irrefutable aptitude for writing chart smashing pop music, her roots are firmly ensconced in electronic music - from listening to Trance and Drum ‘n’ Bass as a child, through becoming a ‘professional’ clubber in her teens to collaborating with some of today’s most renowned DJs and producers (such as Wilkinson, MK, Tiesto and Martin Solveig) in her twenties.

The Art of Rave provides the perfect platform for Becky to delve deep into the dance music scene she is so passionate about. “My love for dance music started when I was a child.” says Becky. “Some of my earliest memories are hearing Trance music in the charts and later being heavily influenced by the eclectic tastes of my big brother, he quickly turned me into an avid Drum ‘n’ Bass head even though I was too young to rave. When I finally turned 18, I started to wonder if rave was now different to what it was and whether I’d missed out on the golden days of rave. So, I thought I’d talk to some of the legends in the game and get an education on how music was made, listened to and the rave scene from before I was even born.”

During  the course of the series, Becky will explore electronic music, its culture and how it has changed over the years. She will be talking to icons such as DJ Zinc, Pete Tong, Andy C, Roni Size, Sister Bliss, Fabio & Grooverider, Groove Armada and more to discuss their music, their careers, and their influence on the scene.

Episode one of The Art of Rave will begin with Becky talking with DJ Zinc about a wide range of topics including: Pirate Radio, how technology has transformed the rave scene, the evolution of Drum ‘n’ Bass and Jungle, the definition of a ‘golden era’, genre bending and hopping within the scene, fatherhood and how his ‘Creeper’ (ft. Dynamite MC) changed Becky’s life.

Becky Hill’s The Art of Rave podcast will be available across all platforms from 6th July 2020
https://www.beckyhill.com/

Listen to the introduction for Becky Hill’s The Art of Rave podcast here
https://aca.st/2181e9

Renowned for her show-stopping vocal prowess and her credentials as a hitmaking song writer, 25 year old Becky Hill is one of Britain’s most in-demand musical exports of the moment. Following a killer 2019 with the release of three hits - including ‘I Could Get Used to This' (with Weiss), and ‘Lose Control’ (with Meduza and Goodboys) - Becky Hill closed the year as the 2nd most listened to British female artist on Spotify in the UK. Becky has not only notched up over a 1.5 billion streams, but also 18 million monthly Spotify listeners. She has an impressive string of hits to her name, having written and performed on nine singles which charted in the top 40 of the UK official singles chart, including the recently released ‘Better Off Without You’ (which spent 5 weeks in the Top 20 of the UK Official Singles chart), the chart-toping, number 1, (‘Gecko (Overdrive)’ with Oliver Heldens) and two top 10 singles (‘Wish You Well’ with Sigala and ‘Afterglow’ with Wilkinson). Over and above this, she has collaborated with the likes of Rudimental, Matoma, Lil Simz and more, while her songwriting skills have been enlisted by artists ranging from MK, Tiesto, Jax Jones and Martin Solveig through to MNEK and Little Mix. 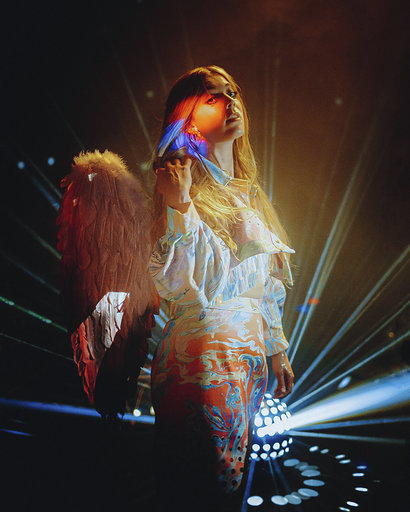 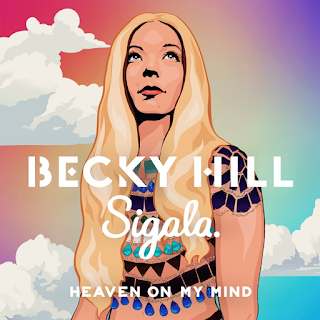 WATCH/ SHARE THE MUSIC VIDEO FOR ‘HEAVEN ON MY MIND’ HERE

‘Heaven On My Mind’, which is written by Becky Hill and MNEK and produced by Sigala, is the second single to be lifted from Becky’s upcoming debut album release. It sees Becky reunite with Sigala, who she collaborated with last year on top 10 hit, ‘Wish You Well’, which she recently performed as part of a bedroom session medley for Radio 1’s Big Weekend 2020 and is now certified Platinum after selling over 750,000 records in the UK alone.

“‘Heaven On My Mind’ has had a different journey and creative process from my other songs I’ve released.” Says Becky. “When Sigala first sent me ideas for the song, it was during a dark time for me last year, and so it wasn’t a track that I would have ever started writing myself  - it was so pure and carefree… But that actually made me want to work on it and make it as personal as possible and release it. And after having big success with Sigala on our track ‘Wish you Well’, I had such a high respect and love for him and was over the moon he wanted to collaborate with me again!”

The second single to be lifted from Becky’s forthcoming debut album, it follows the release of ‘Better off Without You’ (ft Shift K3Y), which, after garnering Becky Hills’s highest-charting position for a solo single release,  spending 5 weeks in the Top 20 of the UK Official Singles chart, scoring a top 5 on the UK Radio airplay chart and on iTunes, hitting no. 1 on the Official Trending Chart and accumulating over 65 million streams to date, is now Certified Gold.
A Summer anthem in the making, ‘Heaven On My Mind’, is set to cement Becky’s reputation as one of Britain’s most in-demand musical exports of the moment. With an irrefutable aptitude for writing chart smashing pop songs and an impressive string of hits to her name, Becky has now garnered over 1.5 billion combined streams and 18 million + monthly listeners on Spotify after being crowned the 2nd most-streamed British Female Artist on Spotify UK in 2019.

BECKY HILL’S ‘HEAVEN ON MY MIND’ WITH SIGALA IS AVAILABLE ACROSS ALL PLATFORMS NOW:
https://BeckyHill.lnk.to/HeavenOnMyMind