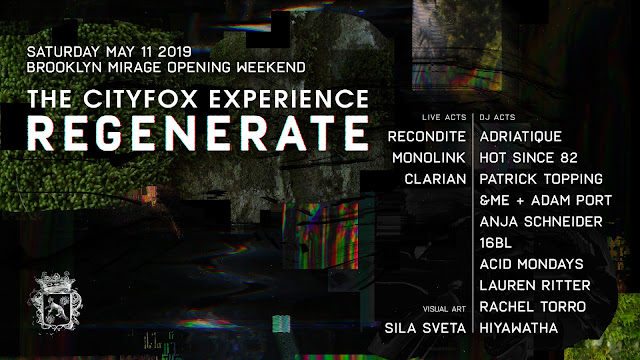 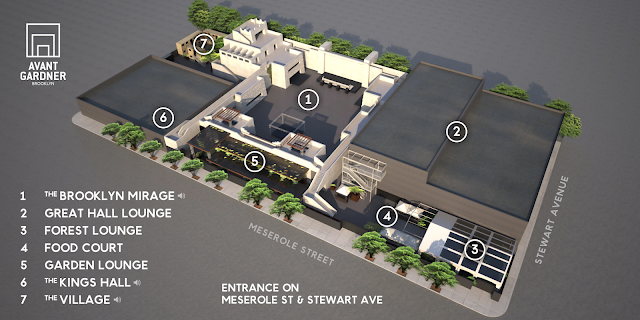 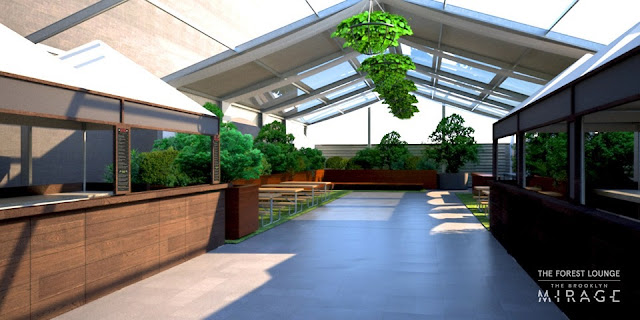 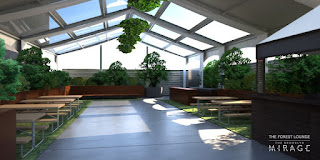 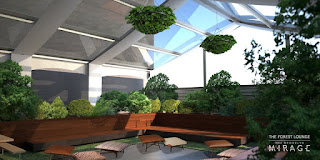 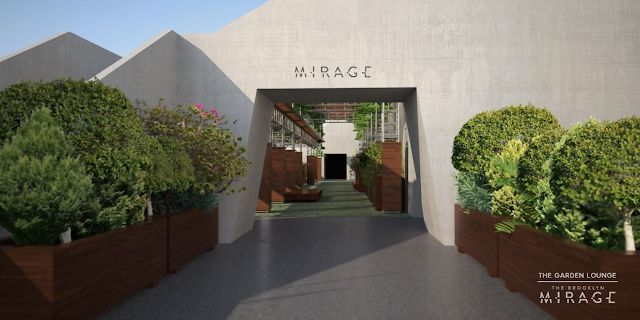 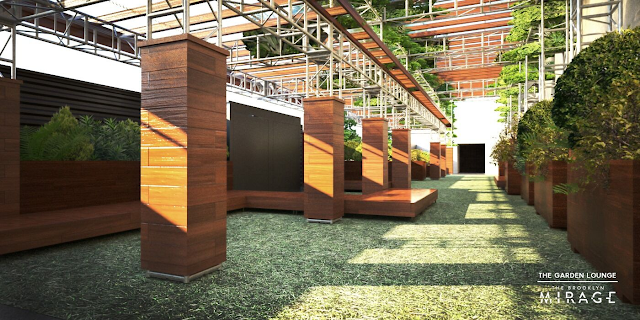 This Saturday, Cityfox Regenerate (6pm-4:30am) will host three stages of music with some of the world's best DJ selectors and live performances, along with three lounges, each a different size and offering a unique experience.


The Garden Lounge will feature an upgraded mixology bar with specialty cocktails, happy hour deals, and plenty of seating amidst local flora and music in a relaxed botanical setting. See sneak peek renderingshere.


The Great Hall Lounge will provide an ambient atmosphere with a unique audio visual experience produced by pure generative art collective 404.zero. (On display May 11th only. Installations will rotate throughout the summer).

Marking the beginning of the summer outdoor party season, The Brooklyn Mirage makes its highly anticipated return this May 2019. With a stacked lineup announced for the opening weekend on May 10 and 11, New Yorkers will be thrilled with the array of talent lined up to kick off the summer with a sold out debut appearance at the venue from South Africa’s Black Coffee taking over the lush space on Friday May 10. This will be followed by The Cityfox Experience event purveyors presenting Regenerate with Recondite (live), Adriatique, Hot Since 82, Monolink (Live), Anja Schneider and more on Saturday, May 11.


Welcoming superstar DJ and Ibiza favorite Black Coffee, The Brooklyn Mirage are thrilled to open their doors with the South African doyen behind the decks on the Friday night from 10pm-4:30am to a sold out audience. Famous for his unique take on Afropolitan house and armed with an impressive discography, which has made him one of the most prolific and well-known names in dance music, Black Coffee is one of those rare artists that seamlessly traverses the sounds of the underground with mainstream success. Sold out nearly fifty days in advance, revelers can look forward to a night filled with the Hï Ibiza resident’s signature deep and soulful afro house sound in the stunning outdoor Marrakech-inspired setting. Stay tuned for support artists to be announced soon!


Known for their exceptional lineups of established and up-and-coming house and techno talent, The Cityfox Experience starts its summer residency at The Brooklyn Mirage to the theme of Regenerate on Saturday evening from 6pm-4:30am. With talented, live melody-driven artists Recondite and Monolink at the helm, they will be joined by Afterlife and Diynamic mainstays Adriatique, 2015 DJ Award winner for Best Tech House Hot Since 82, Hot Creations favorite Patrick Topping, and Keinemusik founders &ME and Adam Port playing back-to-back. Cityfox favorite Anja Schneider also makes her return as does local stalwart Lauren Ritter alongside San Francisco-based Zero resident Rachel Torro for her Brooklyn Mirage debut. Rumors mainstay Clarian will be gracing the decks for a special live performance showcasing his ethereal electropop-inspired house while Netherlands-based duo 16BL will bring their signature atmospheric, progressive house. The UK’s Acid Mondays also join the lineup with their psychedelic mind-bending house and techno, with local DJ Hiyawatha rounding out the bill with his signature energetic bass. Complementing the exceptional music lineup will be stunning visuals designed by design studio Sila Sveta.


After a hugely successful 2018 season which saw the sprawling outdoor space play host to the world’s biggest artists, label and party brands such as Drake, Afterlife, elrow, Mayan Warrior, Paradise, SAGA and several takeovers by The Cityfox Experience, 2019 is set to be even bigger. With two sold-out dates for Rüfüs du Sol already on the calendar for August, as well as confirmed takeovers by Afterlife, Mayan Warrior and Saga, these shows are just a small fraction of the gargantuan lineup that is yet to-be-announced for the season that will be sure to impress lovers of quality music.


Hidden away in the industrial enclave of East Williamsburg, The Brooklyn Mirage (part of the larger 80,000 square foot complex known as Avant Gardner), has quickly become a crown jewel for nightlife aficionados that mirrors the beachside nightclubs of Ibiza. Boasting 270 immersive visuals, incredible lasers, pyrotechnic capabilities, and a crisp KV2 sound system, the venue is one of New York’s most impressive entertainment spaces. Having hosted everything from live music to EDM, underground house and techno, the space also regularly puts on outdoor cinema nights, local community events and is available to book for corporate events and weddings. Decked out with towering palm trees, ample chillout zones, thousands of plants throughout the urban jungle and stunning views of the Manhattan skyline from various viewing platforms, this is without a doubt the place to spend warm summer days and nights soundtracked by world-class talent. 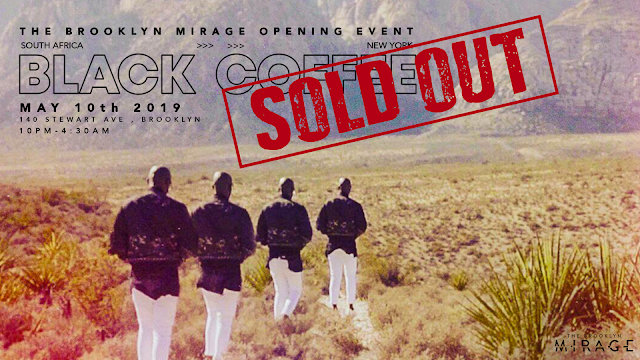