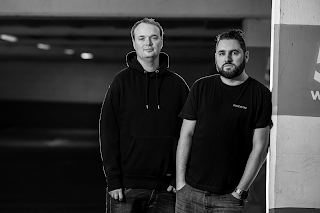 Audio Recordings
Sola have had a hell of a last 18 months and they top it off with a very confident debut album. As Dave Columbo Jenkins said in the UKF interview he did recently with them: “With a reputation for covering the entire D&B spectrum from mainstream dancefloor cuts to rugged, uncompromising underground bangers, the album showcases Sola’s broadest sonic stance but does so with an accomplished consistency that guides you through their wide-armed ride.”STARS ALIGN kicks things off with a progressive dancefloor roller. The title track sets the scene for things to come with very polished vocals by Lauren Rose and plenty of style. Sola show their ambitious side with this uncompromising 7 minute+ intro track.Next, Los Angeles-based rapper Whiskey Pete makes his Grand Theft Audio debut in style. Sola show the darker side of the album with BLOWBACK, an emotionally charged, heavy neuro stomper ready to take heads off. PICO DE GALLO is one of the most memorable tracks on the album, a nod to Mexican mariachi music and one of the hardest drops on the LP. CRUISE CONTROL is a synthwave inspired, futuristic, emotional roller with distorted vocals and bucketfuls of funk.
TRUE GRIT is a Jump Up crossover and brings pure dancefloor destruction. Stytch’d, one of the Northwest’s leading lights on the mic, absolutely smashes his bars and the drop somehow matches his intensity.
TURNCLOAK is one of two non-dnb tracks. It’s somewhere between halftime neuro and glitch hop in its sensibilities and really packs a punch as it swerves you through fun chops and edits.THE DRIFT PART I is a palette cleanser that signifies you’re halfway through the LP, chilled liquid intro and an interesting drum pattern in the body.AMAZONIA is one of the most interesting intros on the release, with forest FX, footsteps and approaching organs; while the body of the tune has a bunch of fun arps, leads and basslines. OVERDRIVE is 140bpm of pure amen break goodness. Topped with Sammie’s vocal and syncopated bassline grooves, this one is smoooooth.
Posted by Bella Bass Fly at 5:27 AM