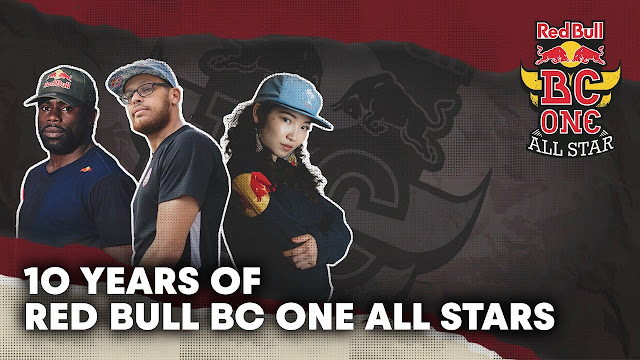 10 years of world-class breaking 🏆 Check out how the Red Bull BC One All Stars were formed AND get the full scoop on the team’s history, wins, challenges, and who the newest members are! 🚀

✔️ Tour the world and spread the culture of breaking? ✔️

With a dance crew list that spans the likes of Lilou, Roxrite, Pelezinho, Ronnie, Taisuke, Hong 10, Cico, Neguin, Lil G, Wing, Menno, Junior, Victor, Issei, Ami, Lil Zoo, Sunni, Shigekix, and Logistx (to name a few 😉) there is no doubt that after 10 years of breaking, this team is just getting started. 💯

Red Bull BC One is the biggest one-on-one Breaking competition in the world. Every year, thousands of dancers across the globe vie for a chance to represent at the World Final. Sixteen B-Boys & B-Girls earn the right to enter into an all-out battle on the Red Bull BC One stage, but only one will be crowned the champion.