When The Storm Comes by Reinhardt Buhr (Official Music Video)

Reinhardt Buhr, is never limited when it comes to musical talent. For some, creative work is never labor. Creativity is another form of breathing. A master sound engineer by nature. Reinhardt, is limitless when it comes to instrumental exploration. Innovative. Reinhardt engages his audience with depth, intensity and beauty. 'The Storm Comes' is another breathtaking audio/visual piece.  A religious artist. "To this day, Reinhardt Buhr makes music to God. This is his way of worshiping
His Creator and Saviour, Jesus Christ." You can read the rest of Reinhardts' story below. Please follow the links below so you do not miss out on more music from Reinhardt Buhr. 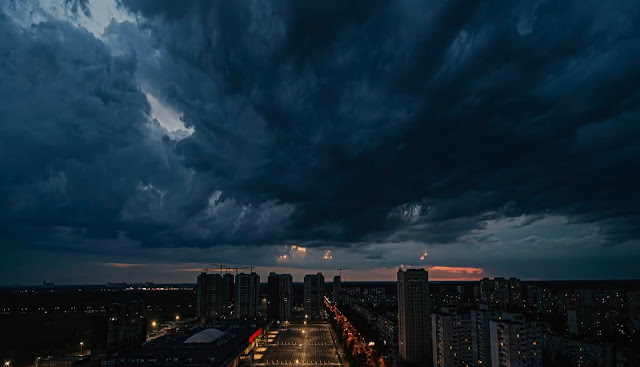 a Brand new track from my Upcoming album, "Reflections" this one is called "When The Storm Comes"

Emotional Violin used from https://www.bestservice.com
Amazing VST Instruments and more on their website!

At the end of 2019, his work went viral through social media, averaging over 4 million views
per month, and the numbers continue to rise.

Reinhardt combines the Laser Harp, Spanish Guitar, Electric Guitar, Electric Cello, Australian didgeridoo, Israeli Shofar, Spanish Cajon, Synthesizers and Piano via a live looping system to create an extraordinary symphonic orchestral sound in only a one-man improvisational act.
Reinhardt Buhr was born in Johannesburg, South Africa in 1988 and grew up with
no passion for music at all, In fact, as a teenager, he became a computer gamer and
began abusing alcohol at a very young age. His first job was at a small liquor store, where he earned 20 cents an hour. After that, he worked as a packer in a supermarket. His plan of
becoming an animator failed when he started abusing marijuana and alcohol on a
regular basis.

At the age of 19, two of his closest friends began learning the guitar. Reinhardt
immediately fell in love with it. With no formal training, the three friends simply
taught themselves how to play. A year later, Reinhardt was inspired by a Flamenco
guitar player, and began learning Flamenco Rumba Guitar from YouTube videos.
One day, he was sitting at a small roadside steak restaurant with his parents, and
there was a man playing solo guitar covers.
Reinhardt approached him to make
small talk and the owner of the restaurant overheard that Reinhardt played a bit of
Spanish Guitar music.

So the owner asked Reinhardt “Why don’t you come back next week to play, and I
will give you a steak and 10 dollars in return?” So Reinhardt Buhr played his first
solo Spanish guitar gig that following weekend and hasn’t stopped since.
Reinhardt Buhr quickly became known around South Africa and formed a duo
band called “Wild Lettuce”. He and the drummer performed many national
tours. They also opened for a lot of great artists. But unfortunately,
Reinhardt fell
into a dark habit of abusing alcohol, drugs, and cocaine.

This affected him, his career, and everyone around him in a very negative way.
The band broke up. Reinhardt Buhr went solo and left his hometown, hoping to
escape the drug scene, only to find himself moving in with someone who also had
a cocaine problem. The whole cycle started over again.

At the end of 2016, Reinhardt hit an all-time low. He was at the point of death. He
fell on his knees and pleaded with God to step into his broken life. When things
could not get any worse, God in His full mercy and grace, stepped in and changed
his life completely.
Reinhardt and his wife, Mandie Buhr, both experienced God’s
salvation and were baptized together. They left a lifestyle of cigarettes, marijuana,
alcohol, and drugs, and began on a beautiful road of salvation and healing.
During the biggest transition of his life, Reinhardt was playing a gig one day. As
he was playing for hundreds of people, He felt a voice telling him to make music
for God. When Reinhardt made the shift from playing for fame and fortune to
playing for Christ Jesus, everything about his music changed! You can even see
the transition from his earlier album called “Organic 432hz”, to his latest album
entitled “The Final Movement”.

To this day, Reinhardt Buhr makes music to God. This is his way of worshiping
His Creator and Saviour, Jesus Christ.
Posted by Bella Bass Fly at 5:34 AM