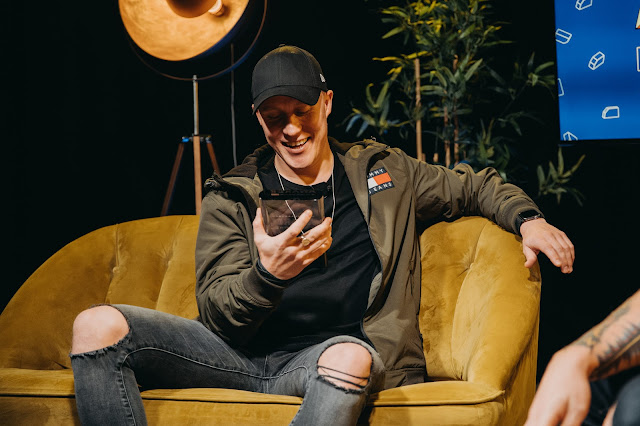 I am certainly not surprised. A.M.C Wins Best DJ at Drum & Bass Arena Awards. A.M.C brings the heat .  High energy dubstep, edgy and hype! A.M.C knows how to deliver a track enticing  any listener into fully enjoying every moment. Code switching and crowd pleasing. this is TRUE DNB in it's most flavorful form. BOOM! CONGRATS!!! Ths IS what we do here and hear!

A.M.C is celebrating his win at this year’s Drum & Bass Arena Awards, following his seminal ENERGY LP and hitting the number one spot within the coveted best DJ category. The head of Titan Records, it’s been a massive year for A.M.C
and his work ethic has been second to none. After he proved his
multi-faceted skillset as both a producer and DJ, alongside his
ground-breaking ENERGY series at London club Fabric, he enters 2020 with a slew of awards solidifying his place as a drum & bass heavyweight.

A.M.C’s ENERGY LP also reached number 3 within Drum & Bass Arena’s Best Album segment, with the figure having brought his club orientated cuts to dancefloors across the world and most notably at Let it Roll festival in Prague,
where his set caught the full attention of his audience. His wizardry
behind the decks has pushed through a new era for aspiring artists and
after spending years crafting his independent platform, he’s been
recognised as this year’s taste making DJ from across the genre.


Fullycommitted to the scene, he’s spent over a decade combing through drum
& bass and shedding light on the artists currently breaking through,
especially for his own imprint Titan. Welcoming names like Emperor, Cruk, S9, L 33
and more onto the label, he’s also used it as a launching pad for his
own sounds. But the care and consideration put behind every release
radiates through his ENERGY LP and the music he’s stamped with the Titan seal of approval.

With his own name featuring in the catalogues of the genre’s most high profile and influential labels, including Ram Records, Blackout, Eatbrain, Low Down Deep and UKF,
the raucous energy he injects into his own sounds translates perfectly
through a sound system whilst he tackles his three deck mixes.
Technically adept, both inside the studio and behind the decks, his love
for the music has transformed from his record as a drum & bass fan,
through to his place within its history books.

A.M.C will also be taking over E1 for a special ENERGY event in March 2020:


Living up to its name, the ENERGY concept is all about Alex's dedication
and passion for the full spectrum of D&B which he is known to share
with the audience via electric mixing and an on-point track selection.


Expect powerful production and palpable energy from the get-go on one of
the UK's most incredible sound systems. Line up & more TBA, watch
this space...