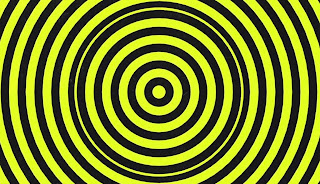 Various Artists RAM Rave EP Pt.1 RAMM368 The forthcoming 'Ram Rave' EP is a celebration of the sounds which they've spearheaded for over twenty-five years, becoming one of the leading imprints and trend setters within their field. The EP’s first edition, which welcomes mainstay Ram roster artists as well as newcomer producers, will transport its audience to the dancefloors Ram has dominated throughout its evolving history. Whether that’s at the seminal 02 Academy in Brixton, or to crowds of thousands at Let it Roll Festival and SW4 in London, Ram’s influence over the global clubbing circuit has been undeniable. And the 'Ram Rave' EP is demonstrative of that fact, with a host of sub genres catered to, exploring how Ram has cultivated the sounds which make it such a driving force within today’s dance music scene.

DC Breaks ‘Concrete Jungle’ brings epic jungle breaks through a modern-day technique, whilst Mob Tactics pedestal the classic dancefloor vibes which Ram always provide. Dr. Meaker’s ‘Funk Flicks’ is impossible to escape with its bouncing hooks and NC17 & NUSENSE slice through with their patches of tech-laced, wobbling bass on 'Come Test'. A new addition to the Ram army, Showdown’s ‘Pressure’ adds more melody infused, drum peddled movements, highlighting more of the EP’s diversity. As a collection, it drives straight into the heart of Ram and what has always been at the core of its ethos. That’s to provide music for speaker stacks - something they've delivered from the start.